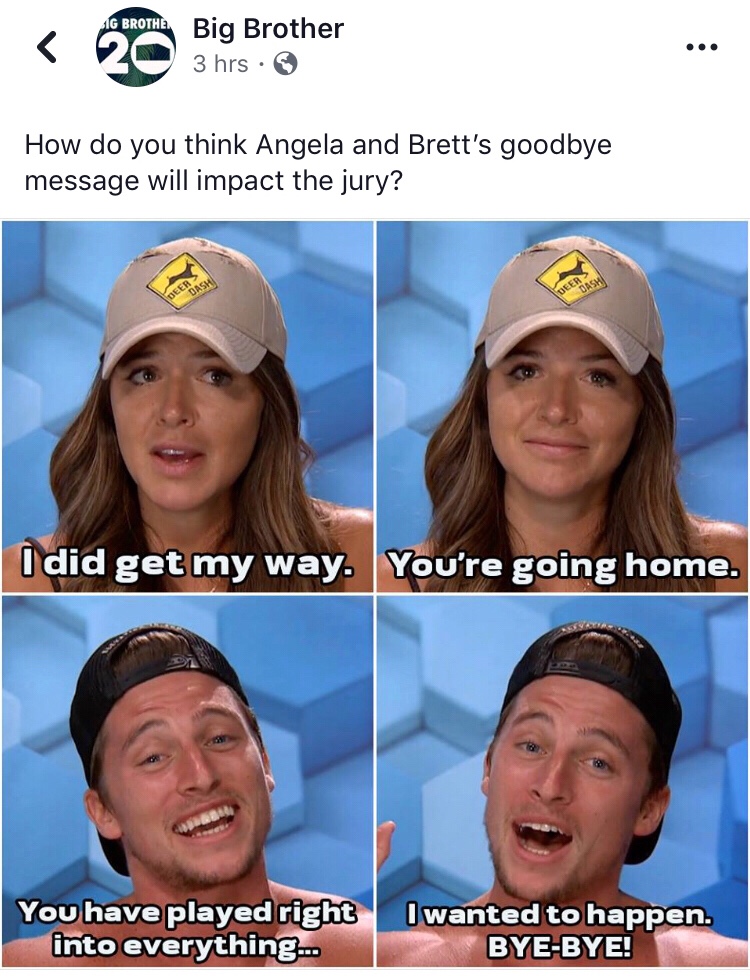 Good lord. Tyler is 15 steps ahead of these buffoons at all times. He is playing chess, while the rest of the house plays checkers. He is the New England Patriots; the rest of the house, the Cleveland Browns. He is posting up-to-date memes; the other houseguest, still posting Bad Luck Brian.

I did not see this on the live feeds, but I 100% believe this Facebook comment from Stephanie is true. It all makes too much sense. For the past three evictions, Brett and Kaycee haven’t exactly been pleasant in any of their goodbye messages. Angela has been down right NASTY. Then, there’s Tyler. Saying all the right things, securing jury votes.

Not only has Tyler played nice with FOUTTE/Hive and the floaters, he has also convinced the other members of Level 6 (the people he wants to take to final four with him) to make sure each juror will NEVER want to vote for them. GENUIS!

Let’s go live to Tyler in the DR:

I’m just going to say it; if Tyler happens to win this season, he HAS to be in the conversation with some of the all-time greats.