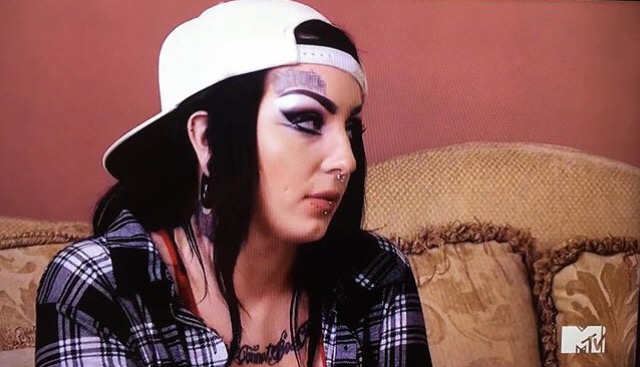 After a two week hiatus, Nev and Max have returned to our TV screens meaning that all is well in the world again. On this week’s episode of Catfish, the guys traveled to Salt Lake City to help Nicole track down a catfish who has been using her photos for years.

Nicole revealed to Nev and Max that she started noticing profiles using her photos back when she was on MySpace. She didn’t seem phased by it much, until she came acrossed a Facebook page that was not only using her pictures, but her name as well. She told the guys that she has been approached by several guys who have wondered why she stopped talking to them. Absolutely creepy stuff. Imagine being approached by a complete stranger who acted like they knew everything about you. No thanks.

Things got even creepier from there. During Nev and Max’s research, they discovered that there was an entire page with archives of Nicole’s pictures for people to steal and use.

(Sidebar) I couldn’t have been the only one that—judging from that page—noticed that Nicole takes an OUTRAGEOUS number of pictures. It seemed like Nev scrolled forever and the page just kept refreshing new ones. Unreal.

Anyway, back to the research. The guys traced the fake “Nicole Riot” Facebook page to a person from Cleveland. They also reached out to Ryan, who had been on and off talking/dating “Nicole Riot” strictly online for ten years. TEN YEARS. This is something I’ll never understand. How can you continue to trust or talk to a person who dodges meeting you for an entire decade? I don’t know, but who am I to judge?

Ryan agreed to meet with Nev and Max when they arrived in Cleveland. The guys laid out the truth for Ryan informing him that the person he had been talking to was not the girl in the pictures. When Max told Ryan that the real Nicole was actually a lesbian, it looked like his heart had been ripped from his chest.

It was tough to watch. I feel for the guy, but at the same time he had to see this coming. There’s a reason the person you’ve been talking to for TEN years has never agreed to meet you, they aren’t who they say they are. Regardless, Ryan and the real Nicole become a pretty badass team in their journey to track down “Nicole Riot.”

“Nicole Riot” finally agrees meet Ryan, Nicole, Nev, and Max. When she approached the group at the park, Nicole let’s out an “I know her..”

Apparently, “Nicole Riot” was a girl named Arica who had sent Nicole a Facebook friend request with intentions of coming clean that she has been using Nicole’s pictures (obviously she never did). But wait, there’s more! Not only did Nicole know Arica, so did Ryan. The two actually dated in high school. Arica’s parents did not want her seeing boys at that time so they made her and Ryan break up. This is why Arica created the fake profile, to keep in contact with Ryan. Ten years later, here we are.

In the end, Arica told Ryan and Nicole that she had deleted the “Nicole Riot” profile and that she was done with fake pages. I don’t usually believe the catfish when they say this, because they all do, but for whatever reason I believe Arica is done with fake pages. From what we saw on the show, she did talk to other people, but the person she talked to mainly from the “Nicole Riot” page was Ryan. I guess you could consider that Arica had as valid of a reason that we have heard from a catfish. Granted, you would think that Arica could have revealed to Ryan who she actually was over the past decade because I’d like to think her parents are letting her date at this point. Once again, who am I to judge? You do you, Arica.

Until next week, Catfish fans.