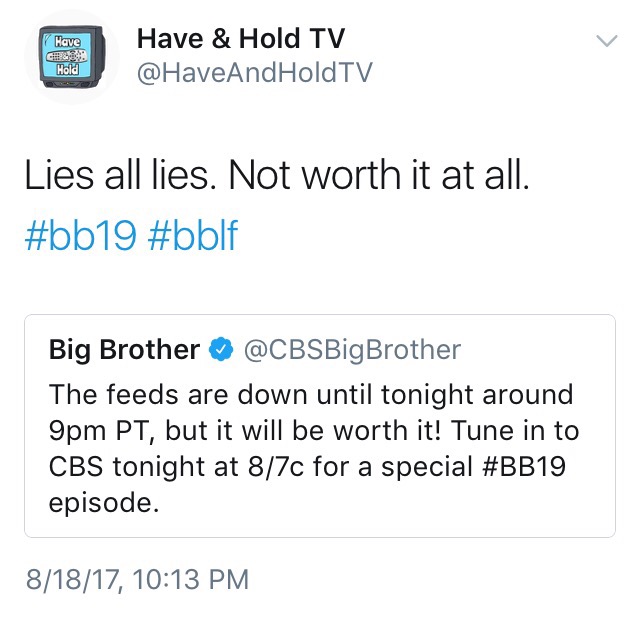 You almost got us, Big Brother. We missed tonight’s special episode when it aired, but we had it recorded. About five minutes in, we realized that this was going to be a flashback episode. Really, Big Brother? More like a “trashback” episode. (Dad jokes are flowing tonight!) Do your really think people want to relive moments from this season? Nothing that has happened this season has been worth watching once, let alone twice!

Look, I’ll be the first to admit that I have no life. But you can’t possibly expect me to spend my Friday night taking a trip down memory lane with this trash cast? From the everyone kissing Paul’s ass. To Cody and Jessica fighting. Mark crying. Josh making an ass of himself parading around the house banging his pots and pans together. No thanks.

You were close to drawing us in, Big Brother. Thankfully, we saw through your lies before we wasted an hour of our lives.