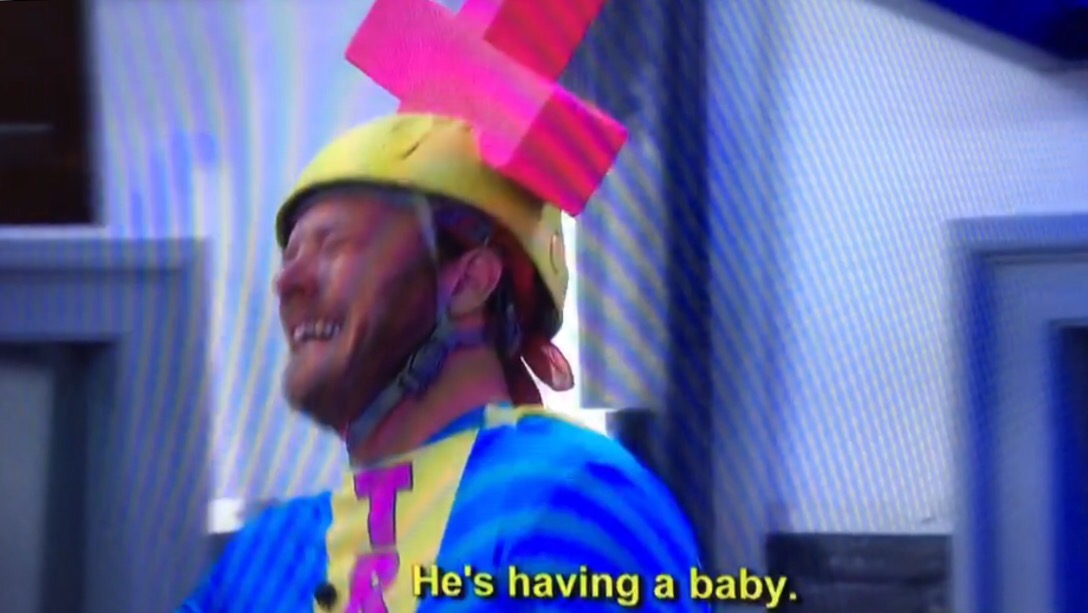 ​In a season where there has not been much to get excited about, Big Brother really pulled on the heartstrings tonight. Jason — who won HOH during the live double eviction on Thursday — did not get to enjoy a week in the HOH room. However, he did receive his HOH basket, which included a letter from home. This letter, from Jason’s wife, revealed that they were having another baby. Not a dry eye in the house, or in living rooms throughout the country. I don’t know if there’s ever been a more motivating HOH letter from home in the history of the show. Diapers, formula, wipes, baby food, clothes, toys. The list goes on and on. That stuff is EXPENSIVE! If this news does not motivate you to do whatever it takes to win $500,000, then money must never be a worry in your life.

I have a feeling the Whistle-Nut fan base just got A LOT bigger tonight, myself included. I mean, how can you not root for this guy after that?