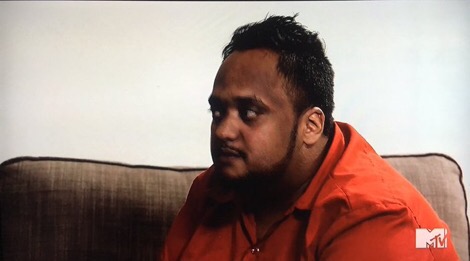 Our old pal from last season, Jose, loved being on Catfish so much that he decided to do it all over again this season. We all remember last season when Jose was the person behind the fake “Rosa” profile that catfished Danny, right? Well this time, the shoe is on the other foot. Jose is the one reaching out to Nev and Max to find his catfish.

During the “Two Months Later” interview on his episode with Danny, Jose revealed that he was seeing someone and was in a good place. Long story short, that relationship ended leaving Jose in a vulnerable position. Jose began talking to a guy named Jay online shortly after his breakup. Jose’s friends — Jasmine and Ellae — felt that things between Jose and Jay might have been moving too quick. So, they reached out to Nev and Max because they knew Jose would listen to them.

When Nev and Max showed up at Jose’s house, in Hartford, CT, Jose revealed that he had his own suspicions about Jay. Apparently, Jose did his homework after his first appearance on Catfish and learned a trick or two from Nev and Max. Jose searched Jay’s photos and was able to find that Jay was not the person in the photos, but needed Nev and Max’s help to actually find Jay. Which leads me to ask, how does a catfish get catfished? Shouldn’t it take one to know one? However, we’ve seen this before. Remember Johnny? Oooof. That didnt end well.

WHOA, WHOA, WHOA! Hello pot, I’d like to introduce you to kettle.
Nev and Max finally reach out to Jay and he says that he doesn’t want the cameras and all of the attention brought to his hometown. So, in reverse Catfish form, he agrees to meet them in Hartford. I don’t ever recall this happening before. Nev, Max and the person being catfished typically jump on a plane and meet the catfish. Strange.

The next day, Jay meets everyone in a park near Hartford. Jose already knew that Jay was not the guy from the pictures, but it gets better. Jay’s real name? Jose. So let me get this straight, former catfish, Jose, is now being catfished by current catfish, Jose? 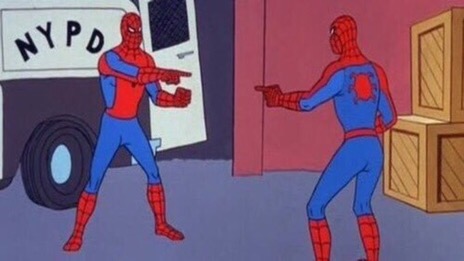 Former catfish, Jose, stormed off from the first meeting very upset. Max followed him to the car and explained to him that he did not have to be the victim. He could take the same route Danny did when he catfished him and try to help current catfish, Jose.

The next day, Jose took the high road. He remembered how kind and forgiving Danny was to him, and he put that into action with his current catfish situation. Jose and Jose shared a prayer together — just like Danny and Jose did — and during their “Two Months Later” interviews revealed that they are still talking and remain friends.

Happy endings are nice and all, but I was still left scratching my head at the end of the episode. I guess I just don’t get it. How does a catfish get catfished?