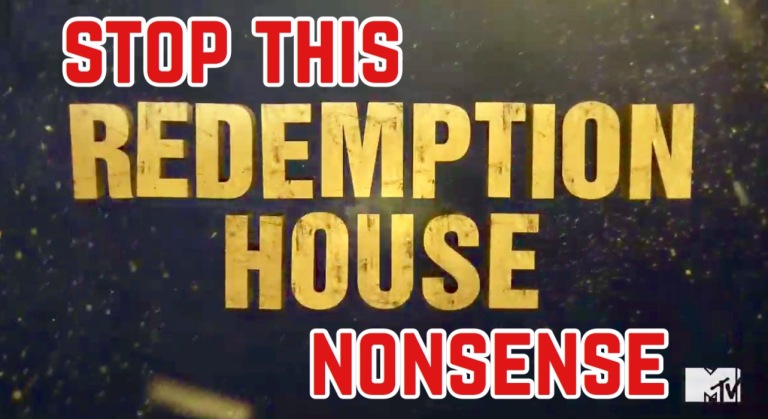 I don’t know about anyone else, but this Redemption House experiment has run its course with me. I can’t even keep up with how many there has been this season. Is this the third one? Fourth? Hell, I don’t know, and at this point, don’t even care. I was all for the first Redemption House twist. The Challenge taking a page out of the Big Brother playbook (Battle Back Showdown). However, one Redemption House was enough.

This season of The Challenge began on July 18. Over two months ago. There are still 15 challengers remaining in the house — and now two more (Aneesa and Dario) in the Redemption House. Over two months into the season and only 13 people have actually been sent home. That’s without even mentioning Shane, Simone, and Nelson who were all sent home by disqualification. So if we’re only talking game eliminations, only 10 people have been sent home this season. Outrageous. It’s been so long since Shane and Simone were sent home that I bet some of you reading this forgot they were even on this season. Draaaaaaaaaag it out one time, MTV.

I never thought I’d get so frustrated at a tv show, but here we are. I’m exhausted, I’m annoyed, and I’m pissed. But, I’ll still be locked to my tv next Tuesday because this show is too damn good. The cliffhanger that The Challenge left us with tonight was so well produced that it left everyone angry at the fact we have to wait another week to find out what happens. Well done.

Also, the GIFs. I’ll always keep coming back for the GIFs.