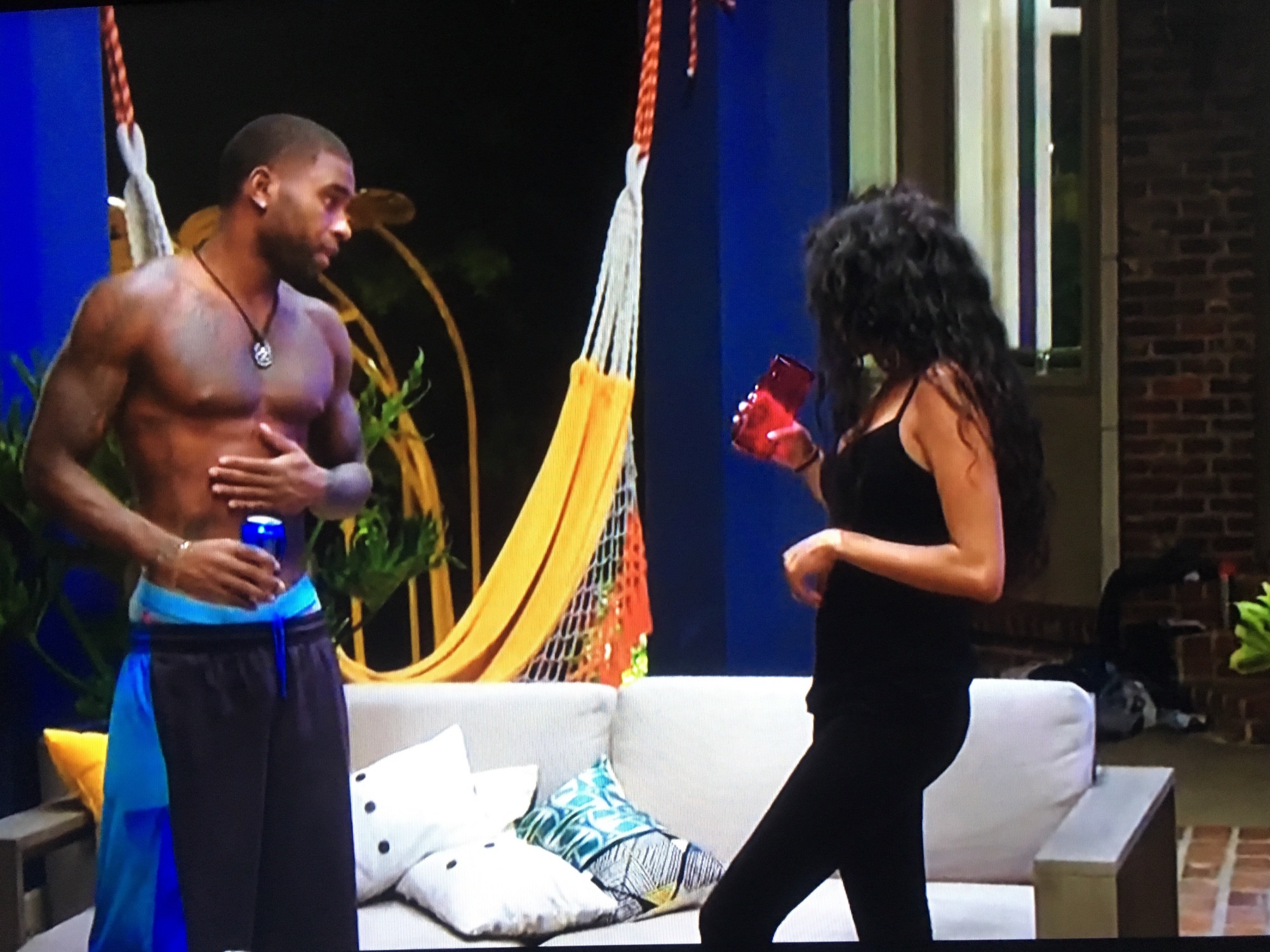 One word comes to mind as I try to recap this episode — messy. It was all over the place with a million different story lines. Nonetheless, quality entertainment.

We picked up right where we left off with Malcolm and Nurys heading into the Truth Booth. The house suffered another blow as Malcolm and Nurys were confirmed a No Match. Everyone seemed distraught, everyone except for Diandra:

BACK AT THE HOUSE

Kareem and Alivia seem to be emerging as a power couple as they went on a fishing date — because there’s nothing better to do in Louisiana — and pretty much announced that they were falling in love with each other.

Emoney comforts Keyana as she spends 90% of her screen time crying over Michael….again.

…not four, but FIVE kisses. How dare they!?

Malcolm picks Geles – Malcolm is out here calling audibles at the line of scrimmage like he’s Peyton Manning.

I can only assume Nurys already has Malcolm by the balls and told him not to pick Diandra.

Michael picks Audrey – The two have been getting closer over the past two weeks. So, why not?

Kareem picks Alivia – Emerging as one of the power couples in the house. This one was a no-brainer.

Tyler picks Nicole – A random selection in my opinion, but what do I know? I’m no matchmaker.

Ethan pick Alexis – This was one of my preseason Perfect Match picks. However, the more I’ve seen from both of them, I can see that I was way off. Zero chance they’re a Perfect Match.

Shad picks Keyana – Keyana put Shad in the friend zone before he could even speak. I want to feel bad for the guy but….who the hell am I kidding? No I don’t.

Clinton picks Uche – Like Kareem and Alivia, one of the power couples in the house. This was no surprise.

Anthony picks Jada – Anthony wants Geles. Jada wants Clinton. Neither want each other. What the hell is going on?

Keith picks Diandra – What a wild ride for Diandra. From thinking she was going to be the number one overall pick by Malcolm, to being the last girl off the board. Tough break.

The Match-Up Ceremony resulted in two beams proving that these people still have no idea what they’re doing. No blackout though. Small victories.

BACK AT THE HOUSE (AGAIN)

Diandra and Malcolm finally air out their feelings toward one another.

Diandra: “You know you should be with me.”

The challenge this week involved couples pairing up and the ladies answering questions about the guys, one at a time. If they got the question correct, they would be safe and move on. If they gave an incorrect answer, they would be out of the running for a date and get Mardi Gras powder shot in their faces.

The house clearly wanted to send a power couple on the date — Alivia and Kareem or Uche and Clinton — so they could send one of them to the Truth Booth. Simple task, right? Wrong. Both were eliminated on the first question from the challenge, the date, and a shot at the Truth Booth.

Leaving Zoe and Keith, Geles and Ethan, and a very excited Dimitri who won a date with Nicole.​

Unlike last week’s gator feeding excursion, the date this week actually looked like a good time. The couples enjoyed a night out on the town at New Orleans’ historic Bourbon Street.

Zoe admitted to Keith that if they were in a relationship she would “walk all over him” because he is too nice. Then, she doubled down by telling Keith that she was into Kareem.

Ethan explained to Geles how her and Anthony hooking up upset him and he doesn’t feel like she’s giving him a fair shot.

Nicole and Dimitri were the only couple that seemed to have any type of connection. Dimitri falling hard for “the greatest set of tits he’s ever seen.” 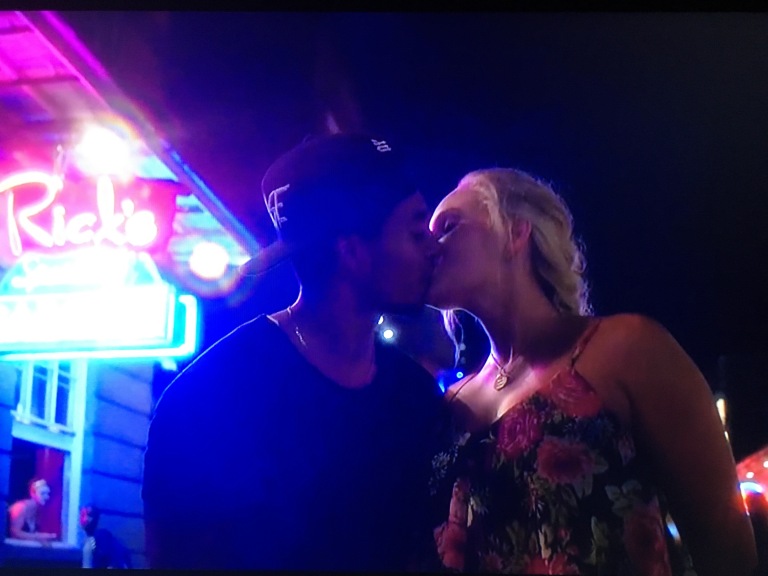 No couples were voted into the Truth Booth on this episode.

BACK AT THE HOUSE

Things got wild at the end of the episode. The house organized a sumo wrestling tournament where the winner would have to complete a dare. Well, Anthony and Michael made it to the final of the tournament and the winner of this match got to lick chocolate syrup off of Nurys’ nipple. Anthony made a business decision and threw the match because Malcolm is “his boy” and he knew that licking Nurys’ nipple would do nothing but stir shit up.

Michael on the other hand…

Malcolm walked in as Michael was in the act of licking Nurys’ nipple, which lead to an unintentionally funny back-and-forth.​

​“I could never think you would pull your f**king titty out…in front of EVERYONE!” Was probably supposed to be a serious moment, but I could NOT contain my laughter at that line. “The mother of my children” part was a little over the top, seeing how Malcolm has only known Nurys for like four weeks. Can’t blame Malcolm for being a controlling asshat though, he sucks at relationships, hence why he’s on this show.

Eventually, Malcolm ended the night going upstairs with Diandra. Every veteran player knows that when Plan A goes to shit, there’s always Plan B, right?

Find out which couple — Keith/Zoe, Ethan/Geles, or Dimitri/Nicole — is a confirmed No Match on a brand new episode of AYTO next Wednesday.