MTV must be taking a strong stance on not promoting violence. There are literally cameras in every room, from every angle, in this house and we still didn’t actually see what happened during this fight. Kudos to MTV for taking that stance because violence is NEVER the answer, especially in this circumstance, but I’m just saying…

There was no clear evidence of who actually won the fight — Melissa or Kailah. But you can draw your own conclusions from these post fight screenshots. 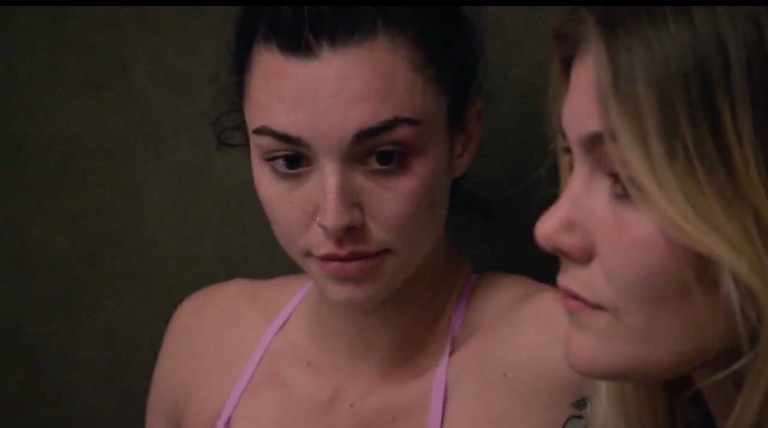 If we’re being completely honest, they both came out as losers. Both, Melissa and Kailah, took an opportunity to win $1 million and pissed all over it in a matter of hours…ON. THE. FIRST. NIGHT. *whispers* If we’re being completely honest again, Melissa won. By far the best part about the whole situation was the next morning when Kailah concocted a blatant lie to convince herself that she was not in the wrong. It didn’t take long for known pot stirrer, Johnny Bananas, to quickly remind her what actually happened.“You weren’t there.” Oh really????

Looks to me like Bananas had the best seat in the house for the shit show.

Melissa and Kailah were disqualified last night leaving us with a giant cliffhanger — what will happen to Kam and Kayleigh? We’ve seen it before, one person gets disqualified for doing something stupid and their partner pays the price with them (which is absolute bullshit). Kam and Kayleigh SHOULD NOT be punished because their partners — people they don’t even really like — acted like complete idiots. The only fair thing to do is to simply pair Kam and Kayleigh up as teammates.

Sidebar: If you’ve read any of my Challenge blogs before, you know I’m not Kailah’s biggest fan. However, I must give credit where credit is due. After the episode aired last night, Kailah posted a vlog on her YouTube account owning up to her mistakes. Admitting that you’re wrong, in any situation, is one of the hardest things to do. I respect Kailah for being a big enough person to do that. You can watch Kailah’s video here.