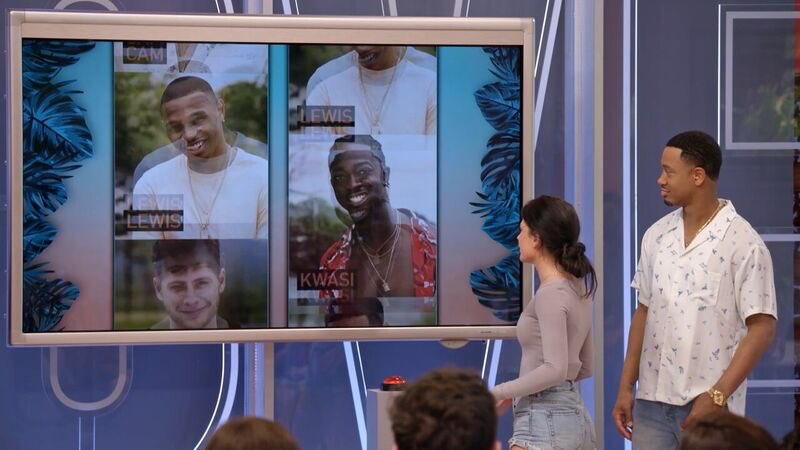 I have watched every season of AYTO? to date and I’ve never felt worse for a cast than I do this one. This game used to be all about finding a unique combination of strategy, while also playing with your heart. Now, it’s about fate (aka production making the game essentially impossible to win). Up to this point in the game, The Fate Button has ROYALLY screwed the season 7 cast.

Think about it, if this cast were in seasons 1-6, do you think it would have taken them EIGHT weeks to send a couple like Tevin and Kenya into the Truth Booth? Absolutely not. In the early weeks, a competition would have been thrown to one of them. They would have gone on a date, ended up in the Truth Booth, and in off the the Honeymoon Suite they would have gone. This also effected someone like Jasmine’s game. If the cast could have gotten Tevin/Kenya into the Truth Booth earlier, she wouldn’t have spent 5-6 weeks trying to get Tevin’s attention. I know that’s only one person, but it’s a trickle down effect. It also impacted Jasmine’s perfect match, who she may have found in those 5-6 weeks of chasing Tevin.

Also, the season 7 cast would have never had to waste a Matchup Ceremony like they did when Cali was trying to find out if her and Tomas and Kayla/Cam were perfect matches. Once again, the cast could’ve have thrown competitions their way when they realized that those were “power couples.” After finding out that Cali/Tomas and Kayla/Cam were not perfect matches, they could have moved on and made connections with other people MUCH earlier in the game.

I’m sure production isn’t trying to screw the cast members over. I’d like to think there is a perfect match within the four people chosen by the Fate Button. Even then, the house has to collectively guess which two they think might be the perfect match.

I don’t know. Maybe I’m looking too much into this, but it just seems like production has taken the game completely out of the cast member’s hands. As a fan of this show since day one, I hope this is the first (and last) time we ever have see the Fate Button again.