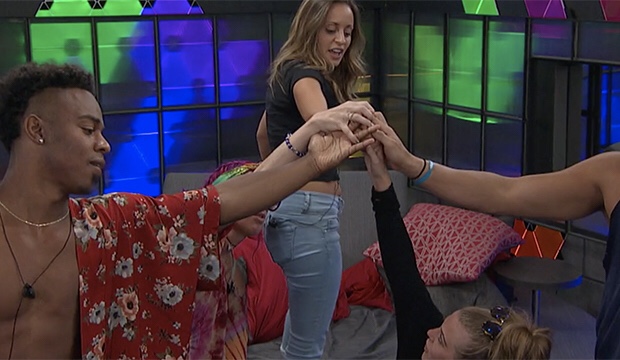 When we think back to season 20 of Big Brother years from now, we will always remember that this was the season of FOUTTE…kicking their own ass. Over, and over, and over again. Let’s take a quick glimpse back at some of the monumental screw ups this alliance has blessed us with.

Kaitlyn’s HOH: If you remember correctly, it was Kaitlyn who came up with the ridiculous name, FOUTTE, for this dud of an alliance on day 1. During Kaitlyn’s HOH (week 2), she allowed Tyler (not in her alliance) to get inside her head and convince her to backdoor Swaggy (arguably FOUTTE’s strongest asset). She followed through, Swaggy went home.

Tyler wins veto and Bayleigh convinces him not to use it. Also good.

THEN…Bayleigh decides to inform Rachel about the power app that she had won because she wants her to stay and wants to work with Rachel moving forward. Things begin to fall off the rails.

Rachel tells her Level 6 alliance members about Bayleigh’s power app and goes off the henges. Brett stays, Rachel gets blindsided.

Sidebar: Before you even say it, I know Bayleigh wasn’t technically a member of FOUTTE from the jump. But I think we can all agree that FOUTTE and The Hive are essentially the same mess.

Angela’s HOH: Level 6 has all the power. Angela nominates Scottie and Rockstar. Not looking good for FOUTTE this week. But wait…HALEIGH WINS THE HACKER COMP! Haleigh, anonymously, removes Scottie from the block and nominates Tyler. Oh, how the tables have turned. All things are coming up FOUTTE now. Nothing can go wrong at this point, right?

Angela gets booted from the veto comp in the second round, but still ends up wining it (you can’t make this stuff up). The members of Level 6 were convinced that Bayleigh was the hacker, so Angela used the POV to remove Tyler from the block and named Bayleigh the replacement nominee. Now there’s trouble in river city.

Feeling guilty because Bayleigh is taking the heat for supposedly being the hacker, Haleigh calls for a house meeting (never a good idea) to clear the air. Haleigh admits that she was the hacker putting a Texas-sized target on her back…and Bayleigh still gets evicted.

Haleigh’s HOH: Immediately after putting a target on her back, Haleigh comes through in the clutch and wins the next HOH. She nominates Angela and Kaycee. Ok, NOTHING can seriously go wrong this time. FOUTTE will be sending a member of Level 6 to the jury house, right? WRONG. Kaycee wins the hacker comp, takes herself down, and nominates Rockstar.

OTEV: No big deal. Angela is still on the block and there is still a veto comp to change the nominations back. By this point, we all know what happens next. Rockstar, pretty much, wraps the veto up in a gift box, puts a pretty little bow on it, and hand delivers it to Tyler. If you live under a rock and still don’t know how exactly it all went down, I wrote about it here.

At this point, FOUTTE has to be thinking that things can’t possibly get ANY worse than this. Right?

Fessy wins HOH and instead of targeting the other side of the house (Level 6) that has been picking his alliance off one by one, he nominates Brett and Scottie; with Scottie being his main target. If that’s not the icing on the shitcake that is the FOUTTE alliance, I don’t know what is. 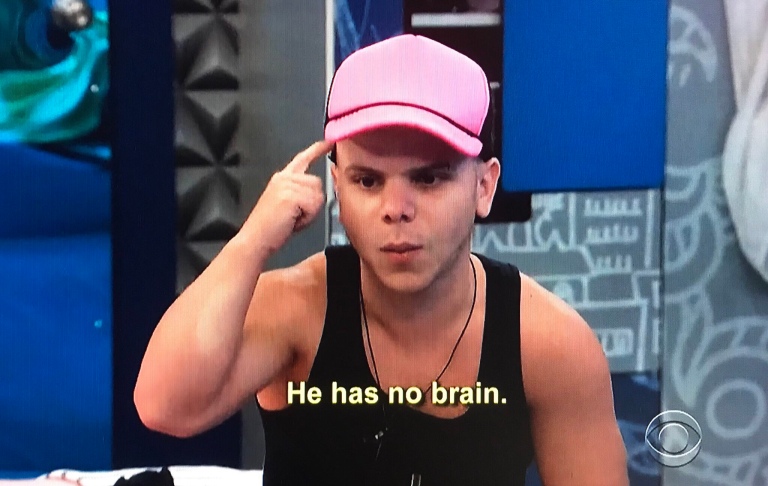 Fessy tries like hell to convince himself, and everyone else, that this is strictly a game move. Quick question; what do Scottie, Brett, and Fessy all have in common? They have all been shown at some point flirting with Haleigh; who Fessy is clearly in love with. Ok, Fessy. Keep trying to convince everyone this is not a personal move.

I’ve watched every season of Big Brother since the very beginning. You CAN NOT convince me that there has ever been a worse alliance than what we are witnessing right now from FOUTTE. Death, taxes, and FOUTTE blowing every opportunity they get.

If you want to see how the rest of the week unfolds, follow along with our weekly spoilers blog.